Skip to Main Content
It looks like you're using Internet Explorer 11 or older. This website works best with modern browsers such as the latest versions of Chrome, Firefox, Safari, and Edge. If you continue with this browser, you may see unexpected results.

Antecedents to the Mississippi Conference, UMC

Summary of Historical Divisions of Methodism in Mississippi

The Mississippi Conference, United Methodist Church, is the continuing life of six former conferences within the bounds of the state of Mississippi, beginning with Rev. Tobias Gibson's appointment by the South Carolina Conference to the Natchez Territory in 1799. American Methodism was founded in 1784 by John Wesley, Francis Asbury, and Thomas Coke, and the denomination was called the Methodist Episcopal Church, (MEC).

The Mississippi Conference antecedent groups are:

5. Mississippi Conference, Methodist Protestant Church (MPC) formed in 1841, several years after the main denominational split from the MEC in 1830 over lay representation and episcopal authority in the General Conference. The MPC was one of the three major branches of Methodism united 1938 to form The Methodist Church (1939-1968), later the UMC (1969-present). 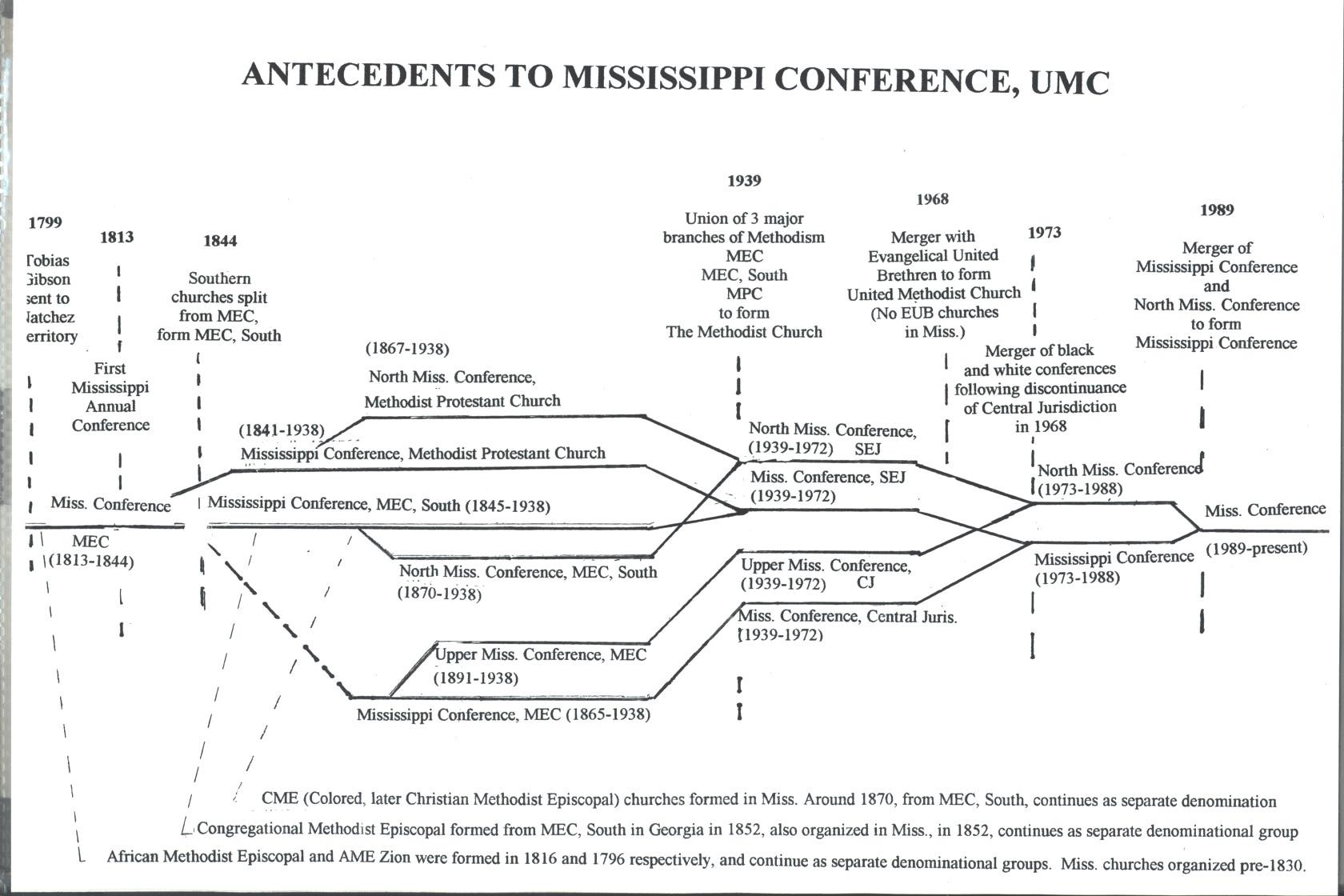